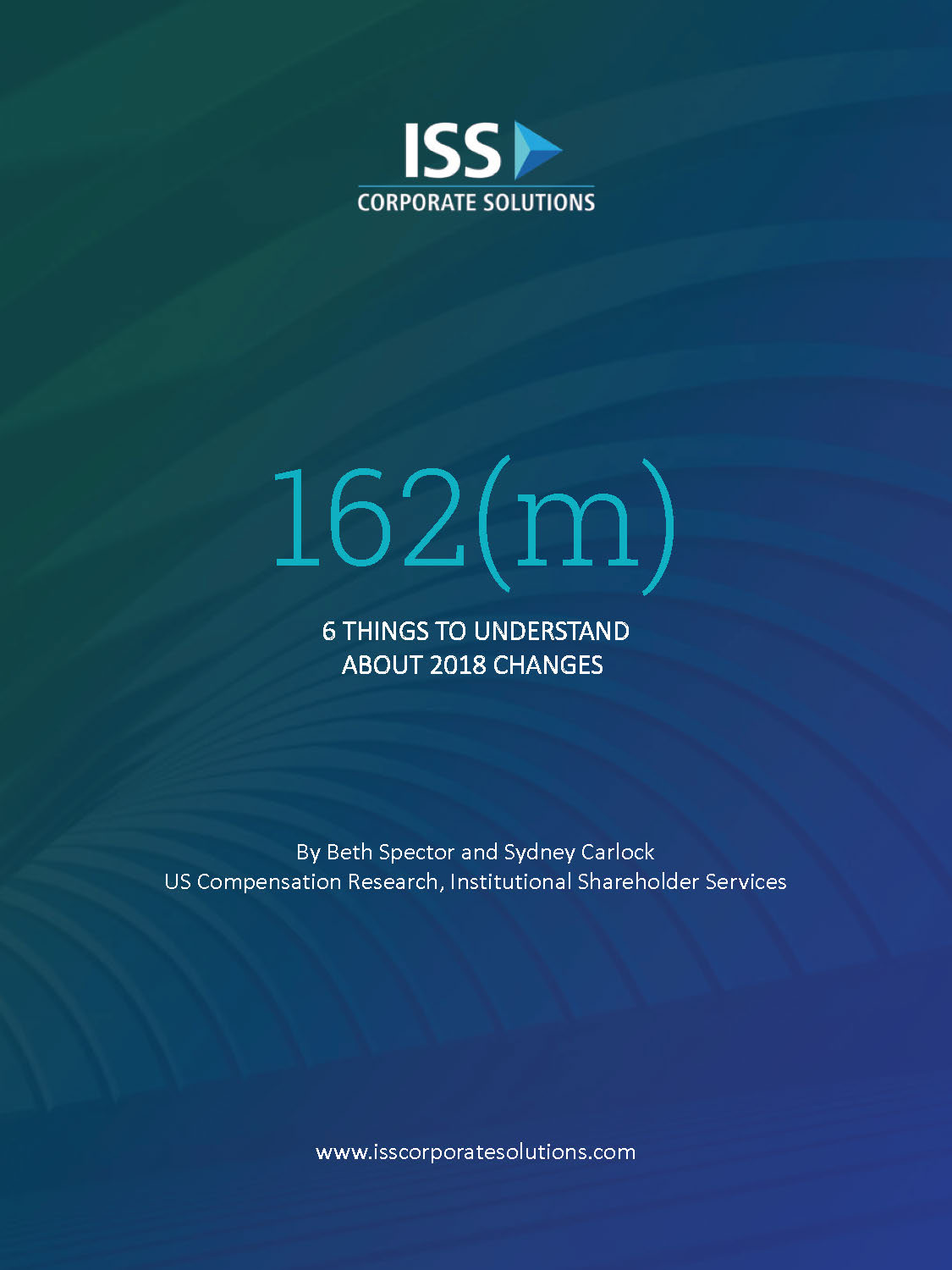 With the passage of the Tax Cuts and Jobs Act 2017, the provision of Section 162(m) of the Internal Revenue Code (IRC) that allowed companies to deduct certain “performance-based” compensation in excess of $1 million, has been eliminated.

Download the report to see the list of qualifications for pay to be deductible under 162(m) that have shaped executive compensation best practices for decades, and encouraged transparency, director independence, and shareholder input.